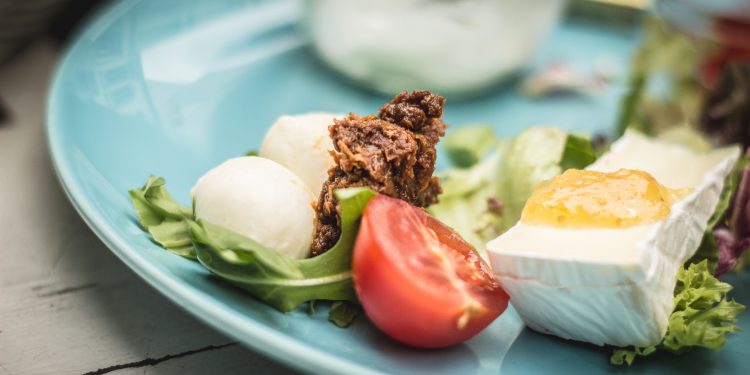 The human body needs energy or daily lie functioning, which is provided by calories. Eating low-calorie food (fruits and vegetables) help individuals to control their weight and maintain a healthy lifestyle.  Here is the List of Low-Calorie Food.

One of the most refined nutritious foods is apple and also included in the list of low-calorie food. If an individual takes one cup full of apple slices, it means he intake 57 calories also had the dietary fiber approximately 3 grams. However, the human body needs more energy to digest the fruit (apple). But, the number of calories delivered by apples are low.

Arugula is a peppery flavor leaf of green color. Arugula is often used in salad making, contains a high amount of vitamin k, calcium, folate, and potassium. Half a cup of arugula has only three calories.

A flowering vegetable consisting of various colors such as green, white, and purple is known as asparagus and considered good for health. Purple asparagus is famous because it contains a compound that prevents heart problems. One cup of asparagus has 27 calories in it, enriched with vitamin K.

Some root vegetables, such as beets, have a deep root of red or purple color. Its essential characteristic is that beets help in lower down the blood pressure. Beets one cup may have 59 calories and 13% of potassium.

Broccoli is one of the finest and high nutritious vegetables because it helps in fighting against cancer. One cup of broccoli has 31 calories, 100+ quantity of vitamin C.

The broth has a lot of varieties such as chicken, vegetables, and beef. People used it alone or added it with some other vegetables for eating. One cup of broth has 7 to 12 calories.

Brussels sprouts are similar to mini cabbage, high in nutrition; people used it in both ways such as cooked or maybe eaten in raw form. Studies claim that Brussels gives protection to DNA in case of damage caused by an excess of vitamin C. 1 cup of Brussels consists of 38 calories.

Carrots are a ubiquitous vegetable, have a thin shape, and are found in orange, yellow, purple, red, and white color. Carrots are enriched with beta-carotene, which is considered suitable for eyesight. It consists of 53 calories per-cup and 400+ DV (vitamin A).

Cauliflower has a white head that is surrounded by green leaves, sometimes found in various other colors as purple, orange, and yellow, Included in the list of high-carb food. It contains 25 calories per cup.

Celery is a low-calorie food, consisting of long green stems that contain some unsolvable fibers and are challenging to digest. That’s why celery has fewer calories in it, such as only 18 calories contained in 1 cup of celery.

Cucumbers are commonly used in salads, refreshing drinks in summer, and have a meager amount of calories. It contains only eight calories per cup.

Fennel has an indistinct licorice flavor and a rounded vegetable, eaten in the raw form mostly but can be cooked or roasted. It has only 27 calories per cup.

Garlic is also included in the list of low-calorie food due to several reasons such as it has a strong odor, use as a remedy in case of illness, commonly used in cooking. The study claims that garlic fights against infections decrease blood pressure, and fight against cancer. Each clove of garlic consists of 5 calories.

Iceberg lettuce is famous for its enriched quality of water, used in salads, burgers, and sandwiches. It is enriched in vitamin K and A; iceberg lettuce contains ten calories per cup.

Jicama is similar to a potato, can be written in raw form. One cup of jicama contains 46 calories and 40+ DV (vitamin C).

Kale is also included in the list of low-calorie food. Kale has many nutritious gains, kale used in salads and various vegetable dishes. Enriched with vitamin K, per cup of kale consists of 34 calories.

Lemon and limes are used to make flavored water, salad, and drinks based on alcohol. It contains only eight calories per lemon.

Various other things can be included in the list of low-calorie food such as white mushrooms, onions, peppers, papaya, radishes, strawberries, and spinach.

All of the things mentioned above are included in the list of low-calorie food, which helps maintain a healthy lifestyle. To enjoy less-calorie food, try chocolate, caramel, and pretzels bar Fiber one 70 calories click here

I will not say “Springfield” just to get applause